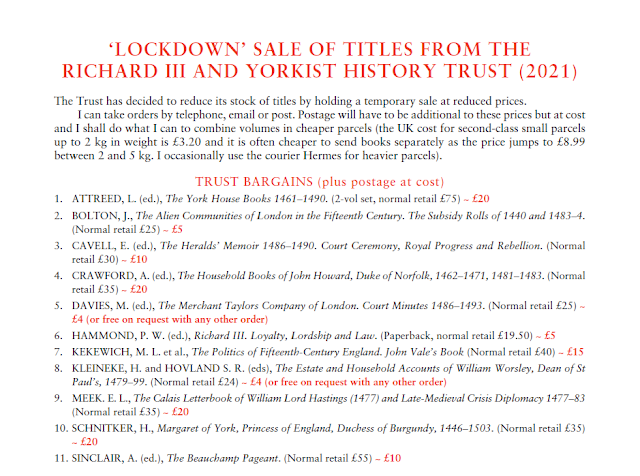 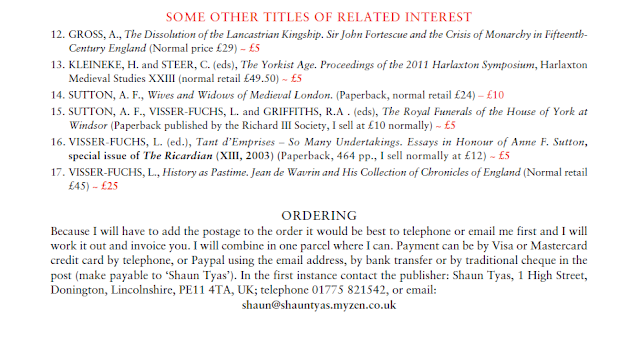 Posted by Research committee at 09:20

Miles Forest and the Fate of the Missing Princes 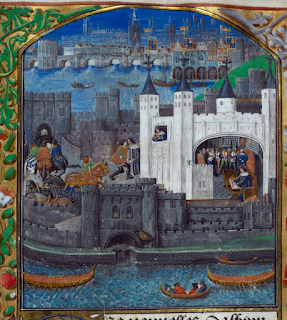 Five hundred years after Edward V and his brother, Richard duke of York, disappeared, their fate is once again headline news. What do the latest revelations really add to what we already know?

Professor Tim Thornton of the University of Huddersfield has been examining the connections of Sir Thomas More, creator of the most famous account of the deaths of the princes in the Tower. He has uncovered hitherto unrecognised links between More and the sons of one of the men accused of the murder: Miles Forest. According to More’s story, Forest was one of those charged by Richard III to look after the princes. When Richard decided he needed the boys dead, his servant, Sir James Tyrell, recruited Forest and his own horsekeeper, John Dighton, to assist him in smothering the boys in their beds.

Thornton’s new evidence indicates that Thomas More encountered Forest’s sons, Edward and Miles, in the course of conducting royal business. Consequently, Thornton speculates that it was these two men who had told More the truth about the princes’ fate. More himself described his source only as ‘them that much knew and litle cause had to lye’. The sons of a murderer might perhaps fit that description, he suggests.

But does this evidence justify the conclusion that Richard had ordered the murder of the princes? The fates of Forest and Dighton seem to suggest otherwise. According to More himself, Miles Forest the murderer had ‘at sainct Marten pecemele rotted away’. He gives no date for this, but historians have identified Forest as the husband of one Joan Forest, a widow who was granted an annuity on 9 September 1484. Why would a man who had conducted such an important task for the king find himself resourceless in the sanctuary at St Martin’s just months later? It is hard to fathom.

The grant to Forest’s widow is no indication of favour. It was a commonplace of good kingship that if a woman was unfortunate enough to find herself the widow of a felon then she was deserving of charity and should not be made to suffer for her husband’s sins. Forest’s death in 1484 must also have meant that his own boys were far too young for him to have told them of his crime himself. Would their mother have told them? And what would have made the Forest brothers take the extraordinarily risky step of revealing a terrible family secret to a man they occasionally met through their work? It is scarely a watertight case.

What of the other alleged murderers? More claimed that Tyrell and Dighton were both examined and confessed to the murder during Henry VII’s reign. Tyrell was executed but Dighton ‘yet walketh on a live’. Again More’s story is hard to credit here. Dighton confessed to such a murder but was simply allowed to walk free? Unfortunately it is impossible to trace Dighton for certain in other records, but clearly at the time More first drafted his work he had in mind someone he knew was still alive and at liberty.

Tyrell was indeed executed in Henry VII’s reign and, as Thornton notes, More was not the first to accuse him of killing the princes. Yet we have no record that any public statement was made of his guilt at the time of his execution which was for an unrelated charge of treason.

Time and again in More’s work, we find scraps of truth woven together with plausible names, details no one could have recalled and entertaining direct speech. This makes for a vivid picture but frequently contradicts contemporary evidence. What we know of More’s work must prompt the question: Was More really reporting what the Forest boys had told him, or was it just that his acquaintance with them had caused him to learn that their father had been a servant of Richard’s who died in circumstances that might seem fitting for a villain?

The fate of the princes is one of the most tantalising gaps in our knowledge of the past. At first sight, More’s novel-like explanation offers an attractively detailed picture to plug that gap. Little wonder so many are eager to believe it. Unfortunately, there are just too many elements that strain credulity or do not fit with what else is known. More’s connections with the Forest boys are certainly worth adding to our investigation of all available evidence, but as yet they provide no new lead on the fate of the missing princes.

Tim Thornton, “More on a Murder: The Deaths of the ‘Princes in the Tower’, and Historiographical Implications for the Regimes of Henry VII and Henry VIII”, History, 2020.

Posted by Research committee at 04:00