Caxton Print Discovered at the University of Reading

On Tuesday, I received an email from the Ricardian Bulletin editor, John Saunders, drawing my attention to news reports about a fifteenth-century leaf of paper that was about to go on display at the Museum of English Rural Life in Reading, just round the corner from my home.

Why had one ancient piece of paper just hit the news? Because it is part of one of the first books printed by William Caxton in England and no other copy of this page has survived.

Later that morning I cycled over to the museum, only to learn that they had been so inundated with interested phone calls that they had not actually had time to put it on display. It is rather lovely that the discovery of a single fragment of an old book can excite so much attention. On Thursday morning, I found the museum an altogether calmer place and was able to examine the page (in its glass case) and some related exhibits in tranquility.

I’ve been asked to write a short piece on it for the next edition of the Bulletin, but it is only on display at the museum until 30 May. So, for anyone thinking of heading over to take a look, here are the headline details:

It’s not much bigger than a page of a modern paperback. The print is beautifully crafted to look like fine fifteenth-century handwriting. Red initials have been added in by hand after it was printed which makes it look very much like a manuscript.

It was found among the 20,000 items illustrating the history of printing and graphic design that make up the John and Griselda Lewis Collection in the University of Reading’s Special Collections. It is a page from the Sarum Ordinal (a priest’s handbook) that was printed by William Caxton in 1476 or 1477. Most copies were discarded at the Reformation so this fragment only survived because it was re-used to reinforce the spine of another book.


Although only one other fragment of Caxton’s version of the Ordinal seems to have survived, the volume is famous because it is the subject of the earliest known printed advertisement in England. That advertisement is in the Bodleian library and it invites buyers to come to Caxton’s shop, the ’reed pale’ at the almonry in Westminster, where they could buy the ordinal ‘good chepe’. Now the single leaf on display has been valued at up to £100,000. 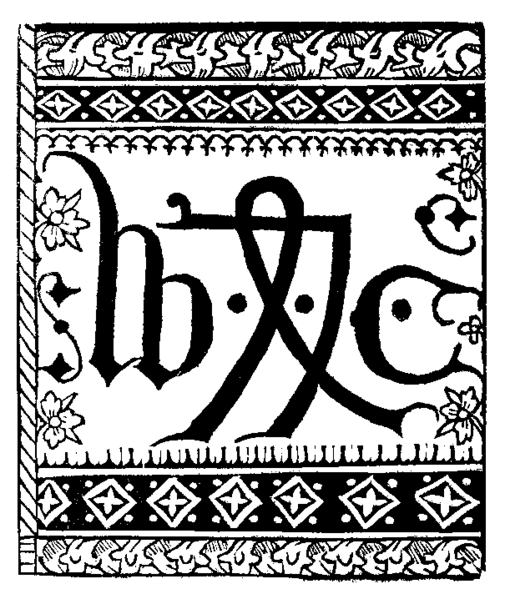 Caxton's Device, from Wikimedia Commons
Posted by Research committee at 07:47